The role of digital marketing for political campaigns 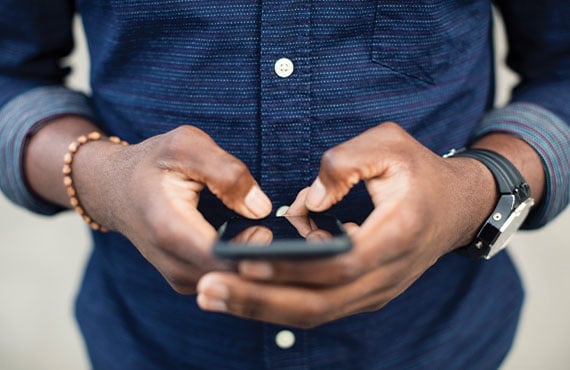 I’m not sure if you noticed but it’s an election year. But you probably have as political ad spending is estimated to reach $6 billion during the 2016 election. That’s a lot of dollars being spent to capture my vote.

In 2007, the Obama campaign wove social networking, display ads and email programs to create a dialogue that engaged constituents. Now, no matter which side you support, digital messaging has become an increasingly important median; predicted to grow 575% from 2012.

But how do agencies know who to target?

Some of us are loyal to the party line making that prediction an easy guess but as issues become more complex, voter behavior does as well. Further, my last political touch point might have been four years ago, two if I am an active voter. However, midterm data is not necessarily relevant in a presidential election. In the marketing world, relying on four year-old data to make campaign decisions is like using dial up to download season four of House of Cards.

Toss in heavier millennial turn-out, which we might not have data from the last election depending on that voter’s age and unknown behavior….And the political season quickly becomes a moving target…..

“Working on a political campaign is like being in a start-up that plans to go out of business the day they go-live. If you win, you’re a winner no matter what. You could have run an innovative campaign but if you lose, you’re a loser,” states Jeff Cosgrove, Director of Politics and Advocacy at Conversant.

Although voting is an emotional act, there are certain transactional indicators that can help predict where a vote might be cast. When a political model is developed at Conversant, they analyze the entire holistic view of a constituent – not just the last touch point as a registered voter.  For example, according to data Epsilon compiled data from Abacus, political profiles show that Republicans are more likely to purchase home décor with an average order above $300 while Democrats prefer shoes with an average order of $90+. Democrats go to the spa while Republicans prefer to ride their horse.

While the examples above do not predict absolute party behavior, after all my mother is a Republican and she does not own a horse, there are certain actions that indicate a voter’s beliefs and values.

This is particularly valuable in this day and age when duals are fought on Twitter feeds and  ‘Likes’ on Facebook dictate how one feels about an issue. News is reported immediately and thoughts regarding an issue or candidate can change on a moment’s notice. Conversant captures that change to help marketers more effectively reach and message these people.

The return? Reaching potential voters and increasing the likelihood of those voters going to the polls for your candidate

Today as I search for airline tickets, two very well placed political messages show up on my webpage. This content does not ask for donations, just offers awareness and education. I click on one while I eat my sandwich; consuming both information and a turkey on rye.

Does this action make a difference in my online profile? Yes

Does it change my political segmentation? Yes

Will it determine my behavior in November? Perhaps. In this real time atmosphere, a lot can happen and given this political season, a lot will happen. But there is only one winner.

Here are three steps to consider to help you win your political campaign: