With cookies crumbled and IDFA DOA, it’s time for a better identity strategy 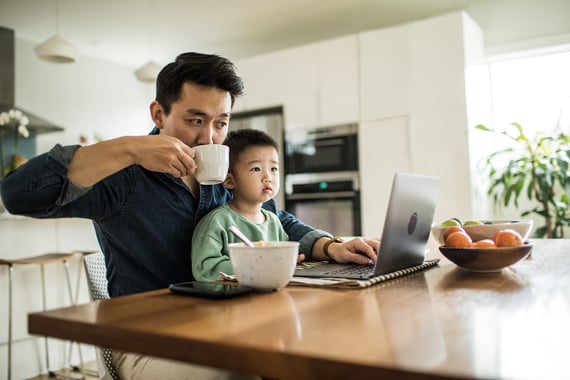 Among many other disruptive changes, 2020 is proving to be the year of identifier deprecation.

In January, Google made waves in the ad tech ecosystem when it announced plans to end support for third-party cookies within two years. And then last month, Apple announced that application developers in iOS 14, its mobile operating system, will need to seek end-user permission before gaining access to Apple’s mobile device ID, also known as Identifier for Advertisers (IDFA).

This update is expected to roll out in the fall, and we expect up to 80% of users to be on the new operating system by the end of the year.

While disruptive, we at Epsilon believe this announcement presents an opportunity for brands to rethink their identity systems and how-and who-they partner with for their digital media revenue.

What this means for user experience

On iOS 14, every app will display a pop-up notification at launch asking users whether they want to allow tracking or not. If someone wanted to opt-out of interest-based advertising before, they would have had to manually enable the Limit Ad Tracking (LAT) feature. Epsilon has seen user adoption of the setting at around 10%, though industry surveys claim adoption levels of over 30% in the United States.

Although Apple made this switch in the name of privacy, another part of its goal is likely to shift its app ecosystem from an ad-supported model to a subscription model. This will not only affect the experience the customer has on the app, but also the way company and app management go about their organization and identity strategy.

While this news isn’t necessarily surprising, what’s unclear is how consumers will respond to the new way the applications are operating. There are varying points of view on how many people will allow tracking, with predictions as low as 5%, all the way up to 70%. App developers will have some control over how the language is presented to their end-users which could help increase opt-in rates.

What this means for app developers and their identity strategies

Many iOS app publishers rely on the ad-supported model and removing accessibility to IDFA will significantly disrupt their revenue tactics and hamper their app download marketing strategies. They will need to shift to encouraging users to opt in to IDFA for personalized ads in exchange for free and valuable content.

What this means for advertisers and the advertising industry

This move will make effective advertising on iOS more difficult and leave those affected with a limited timeframe to prepare. Marketers and publishers will likely begin prioritizing strategies to maximize user consent to preserve the use of IDFA for targeting and measurement, and/or resort to previous methods or services like contextual-based advertising.

Of the three groups impacted, advertisers are bearing the brunt of the identity management pain in several ways:

The degree of impact of IDFA is still a big unknown, as it hinges on how publishers and their users will respond. We will begin to understand the true impact of the identity system changes once iOS14 starts to roll out in mid-September.

In the meantime, we’ll continue building on the foundation of CORE ID to reduce dependency on tracking cookies and mobile device IDs. Epsilon also has direct relationships with a fast-growing network of over a thousand high-quality app publishers which provide a significant value to their consumers and end-users, and are therefore more likely to gain IDFA consent.

As with any industry shift, we’ll work closely with our clients and partners to learn, innovate and adapt so we can withstand any changes forced by the major browsers and mobile operating systems. And we’ll continue to provide the best experience for consumers and outcomes for our clients, all while keeping customer data privacy at the forefront.

**This post is an update to an article originally posted on Adweek, July 2020.